Gotham West Market, the award-winning food hall in Hell’s Kitchen, announced the launch of Sushi on Jones and Don Wagyu at a joint location.

The developer has teamed up with RiseBoro Community Partnership to build a massive two-tower property in Long Island City.

The mixed-use project will have 1,120 residential units, with 900 set aside for households earning between 30 and 145 percent of AMI.

Behold the largest projects of 2019

Two residential towers, developed by the Gotham Organization and Riseboro Community Partnership, are planned for Long Island City as part of the Hunters Point South project.

Renters can order food, pay their rent, file maintenance requests and learn about building events all through their smartphone.

Good food is bringing people to the mall. And they're spending more money when they get there.

Food courts are being replaced by food halls, where the fare is trendier, healthier and often rotates in and out of the space.

Gotham Organization has been tapped to lead the development of the 80,000-square-foot property, which will have space for a temporary housing, a health-care operation, counseling and job training.

"In Gotham buildings, for example, LIVunLtd assists with the move-in process, coordinating designers and painters and even help organize a home-entertainment system, Fazio says."

“Gotham Organization has a strong vision for the Nicole and Atlas—including providing affordable housing that is much needed in New York."

Dining spots like dell'anima are using the food hall model to curb rent costs and expand their footprint.

In an exclusive GlobeSt.com article, Phil Lavoie, COO of the Gotham Organization, explains why developers should consider food halls as a proven retail concept.

These are the hottest NYC neighborhoods for 2019

Of the nine neighborhoods on this list, East New York has the most units under construction. The Christian Cultural Center and the Gotham Organization are planning a 2,100-unit project.

This Megachurch Wants to Build 2,100 Apartments in East New York

The pastor teamed up with developer Gotham Organization and designer PAU - Practice for Architecture and Urbanism - to create a blueprint that includes 21,000 apartments, retail space, 24-hour childcare services, a performing arts theater, a school, and a park.

To Fight Gentrification, a Brooklyn Pastor Plans to Build 2,100 Apartments

The Rev. A.R. Bernard has partnered with Gotham Organization to transform the land around his Brooklyn church into shops, a school and 2,100 apartments.

New renderings were released this week of the one million square foot development coming to the Long Island City’s Hunter’s Point South neighborhood.

Goldman Sachs finalized a deal to invest in a massive affordable development in Long Island City — on the same day Amazon announced it would bring half of its HQ2 to the neighborhood.

Another Winner of Amazon HQ2 in Queens? Goldman Sachs

When this massive development is done, it’ll be one of the largest affordable housing communities in New York City’s history.

Lavoie said his company decided to switch to managing its own buildings in 2016 to have greater control over its portfolio and brand.

Just One Of The Latest Trends in Luxury Amenities

Or, there’s activities that come at it from a social angle, with Gotham West organizing day trips for residents to go on together (such as their fall apple picking excursion).

The 16 Finest Restaurants in Hell's Kitchen

Executive Vice President Bryan Kelly said: “[Our approach now is] to leverage our history, track record and ability to work with partners, whether that be city, state government, not-for-profit organizations

Rather than installing a Duane Reade or Citibank as its first floor commercial tenant, it built something it thought might draw people westward: a 10,000-square-foot urban food bazaar, serving everything from tacos to pizza to ramen.

Since their shop opened in April in the newly reopened Gotham Market at the Ashland in Fort Greene, the three Oropeza brothers have filled a gap in the borough’s cosmopolitan menu.

For Gotham Market at The Ashland, Beers designed 180 colorful blown-glass spheres, connecting them into a sinuous chandelier that weaves its way above seating and counters for seven restaurants.

FedEx and UPS say they are delivering more and more packages every year, causing developers of high-rise res buildings to rethink how they handle packages.

Everyone Comes for the Salteña at Bolivian Llama Party

In May, the Bolivian Llama Party team welcomed another location in the revamped Gotham Market at the Ashland in Fort Greene, Brooklyn.

Developer ride into future with expanded bike amenities for residents

Moving to Brooklyn for the Grandchildren

Kristin and Lou Divers rented a one-bedroom in the Ashland in Fort Greene, after previously renting at The Nicole, another Gotham building.

Landlords are betting on food halls to lure shoppers and tenants

Brooklyn dominated the list overall, grabbing seven of the top 10 spots and all of the top five.

When one restaurant is a bad bet but dozens spell success

What happens to New York apartment-seekers when perks like free rent dry up?

The rise in rental concessions may seem like good news, but renters shouldn't count on it forever.

A Guide to NYC's Food Halls

Despite intense competition, new high-rise rental developments in and around Downtown Brooklyn are reporting strong leasing activity this spring.

Where To get your crab fix in New York City

Get your bibs ready.

Where To Live When The L Train Shuts Down

When you’re traveling with a large group, it can sometimes be difficult deciding what sounds good to everyone for a meal. Fortunately, New York City has its fair share of food courts to help save the day.

Recipes for the Grill: Skirt Steak and Spatchcock Chicken

Ladies and gentlemen: Choza in the main terminal will start boarding for Baja, Mexico. Please have your passes ready.

The Gotham Organization is probably best known for the large residential and commercial project, Gotham West, on 11th Avenue.

Restaurants To Try In New York This Weekend

Gotham Market at The Ashland

Spring reboot: 7 ways to freshen up your apartment today

Now that we've all packed away our winter boots and officially welcomed spring, your apartment could probably use a little perking-up after the long, cold winter.

The Best Food Halls in NYC and What You Should Eat

On the ground floor of a luxury residential building, this Fort Greene brother of Gotham West Market is Brooklyn’s newest food hall.

Corner Slice is a Neighborhood Pizzeria With Outstanding Ambitions

Squeezed into a quiet section at the north end of the sprawling complex, past Uma Temakeria’s sushi hand rolls and the Cannibal’s butcher station, Corner Slice winks at pizza parlor nostalgists under its glowing neon signage.

Now the neighborhood of the Meatpacking District, Chelsea and Hell's Kitchen, and West Village to the south, is more accessible than ever, as are its major attractions including the new Whitney Museum of American Art (opened 2015) and Gotham West Market food hall (opened 2013).

Lighting the Way: Glassblowers and the Marriage of Glass and Light

Adam Holtzinger of the Brooklyn-based KEEP just completed a 180-piece globe chandelier for Gotham Market at The Ashland in Brooklyn through Jeffrey Beers International.

Gotham Market at The Ashland in Brooklyn

Gotham Market at The Ashland in Brooklyn, N.Y., is the second food hall from Gotham Organization, Inc.

Brooklyn is a must-taste destination. The urban landscape is clustered with eateries and bars of every type so satisfication is just a subway ride away.

"Mathöllin" is to become Reykjavik’s answer to Tor­vehaller­ne in Copenhagen or Got­ham West Mar­ket in New York, according to organisers.

If you think eating at a food court means you have to choose between a soft pretzel dipped in cinnamon sugar at Pretzel Time or a Whopper and fries from Burger King, think again.

Today’s post is a review on the new Gotham Market at The Ashland.

Editors and Chefs Pick: The Best Things We Ate This Week in NYC, March 7-14

Egg & the Bird sandwich at Gotham Market at The Ashland

Ivan Orkin, the Jewish kid from Long Island who fell in love with noodles and today makes some of the best bowls of ramen in New York City, now sets his sights on another beloved urban staple: the pizza pie.

Brooklyn's New Gotham at The Ashland is a Food & Architecture Mecca

The iconic Gotham West Market in Hell’s Kitchen just got a little brother. And congratulations, it’s in Brooklyn.

Beneath The Ashland residences in Fort Greene, Brooklyn, a new eight restaurant center -- Gotham Market -- has just opened its doors.

If The Ashland – Brooklyn’s tony new 53-story residential tower designed by FXFOWLE – has a leg up on its competitors, it’s the presence of the 16,000 sq ft Gotham Market on the ground floor.

Day in the life of: David Picket

Gotham Organization's president on playing guitar, recovering from a skiing accident in Utah and how he sources deals.

Would You Live in an Apartment That Was Once a School?

Now you have the chance to move into a former schoolhouse built in the early 20th century. Redesigned by AvroKO, the building features 16 two-bedroom apartments ranging in size from approximately 1,200 to 1,400 square feet.

David Picket, president of New York-based developer Gotham, sees the charm in older buildings with character, both for his business projects and his personal home.

At 53 stories, this is the latest residential high-rise being completed in an area marketed as the Brooklyn Cultural District. Located at 250 Ashland Place, it's called The Ashland. Nearly half of the 586 apartments are affordable. In addition, the building offers plenty of amenities.

A recent report claims that nearly 40,000 new market-rate apartments are coming to New York City in the next three years, but it’s unclear if the spike in supply will overwhelm or barely faze the market. 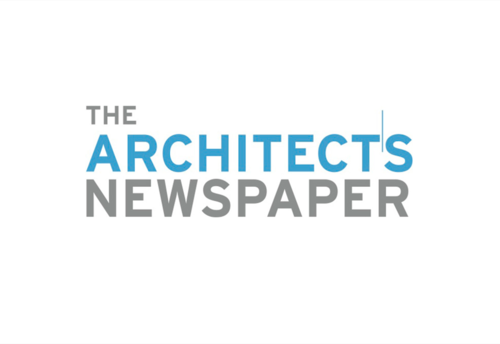 Construction is wrapping up on the The Ashland, a 53-story mixed-use skyscraper in Fort Greene, Brooklyn. In anticipation, the building’s website has launched ahead of the July 19 opening of its leasing office.

FXFOWLE’s The Ashland Kicks Off Leasing With New Renderings of Apartments and Food Hall
07.14.2016

At the crossroads of Fort Greene, Downtown Brooklyn, and the BAM Cultural District, The Ashland rises. Next Tuesday, July 19, the 53-story, 586-unit tower will open its leasing office to prospective renters interested in its one-, two- and three-bedroom no-fee apartments, priced from $2,600/month for studios to $7,500/month for three-bedrooms.